Captivated by an intriguing Buddhism Now review published last week http://buddhismnow.com/2015/05/21/the-princeton-dictionary-of-buddhism/#more-10775 detailing the new Dictionary of Buddhism, by Robert E. Buswell, Jr., and Donald S. Lopez, Jr. (2014, Princeton University Press, 1304 pages), I ordered the volume. I went to Amazon where I found it for nearly $20 less than the suggested retail price. I decided to order the hardback volume. I found it waiting for me today when I returned to the city after the long Memorial Day weekend.

It is a large, heavy volume and the print is small. Beyond its impressive physical characteristics, the book is an exhaustive, comprehensive reference volume that explains historical, regional, linguistic, and other distinctions among the terminologies of various types of Buddhist practice and their meanings. It includes a timeline, maps and diagrams. There are cross references to words in Sanskrit, Pali, Chinese, Japanese, Korean, and Thai in the entries themselves, plus a lengthy appendix devoted to each language. Then there are the pages devoted to the enumeration so prominent in Buddhism: e.g., the Four Noble Truths, The Five Mindfulness Trainings, The Eightfold Path, etc., and this “List of Lists” is vast indeed.

As a Buddhist who began by practicing alone and only later joined a sangha, I spent a very pleasurable and educational afternoon going from item to item as more words and phrases arose that I wanted to define or better understand. Thus far I am particularly impressed with the “List of Lists,” and explanations of the subtle differences among Sanskrit, Pali, Chinese, Japanese, Korean, and Thai terminologies.

Here are a few of the points I’ve taken from it just today:

That is what I am able to retain well enough to share it with you. I have rarely enjoyed a newly acquired book as much.

6 thoughts on “Brief Review: The Princeton Dictionary of Buddhism” 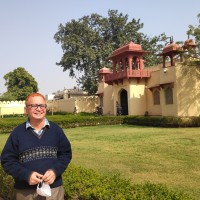 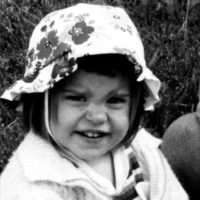 Botanical Journey from the South

Photographic Journals from the South

Exploring Earth and its beautiful buildings and landmarks, get inspired by IsolatedTraveller

My Jetset Lifestyle
Before Morning Breaks

Good gut health is central to our overall well-being

photography and other things